In case you missed it, DockerCon 2016 was amazing! There were several great features announced, with most of it stemming from orchestration is now built-in. You get automatic load balancing (the routing mesh is crazy cool!), easy roll-outs (with healthcheck support), and government-level security by default (which is crazy hard to do by yourself).

In case you're a little confused on how to spin up a mini-cluster, this post will show you how. It's pretty easy to do!

Before you freak out, this is super easy. I'm going to make three VMs - one to be the Swarm manager and two to be workers. With docker-machine, it only takes this…

To make it easier to open each node in the browser, I update my /etc/hosts to resolve each node's IP address.

To get the IP address, run:

Pull the IP address from DOCKER_HOST and throw it into /etc/hosts. Mine looks like this…

Now, when you open http://node-0/, it'll connect to the VM named node-0, although there's nothing to look at yet. Cool! Now, let's get something actually up and running on it.

To setup the Swarm cluster, we only need to run a few commands. Here we go…

Setting up the Manager

Replace the listen-addr IP address for node-0's IP and boom! That's it! You should see output like this (with a different node id)…

Copy the command, as we'll use it to allow our workers to join the swarm.

Setting up the Workers

In a new terminal tab, run the following to setup node-1 as a worker:

If it worked right, you should then see the following:

Now do the same for node-2 and you're all done!

To see the nodes in your cluster, try this from the manager node (node-0):

Start up a service

Services are a new concept in core Docker with version 1.12. Rather than trying to define it here, go check out their docs. But, at the end of the day, a service allows us to define a desired state for a task. In this case, it's a desired state around containers (although they did say the idea could be extended to support other types of tasks… hope to learn more about that).

And with that BOOM! A service is running. To see what's going on…

In this case, you see that the image is currently running on node-1. So, open http://node-1:8000 and you should see the app. 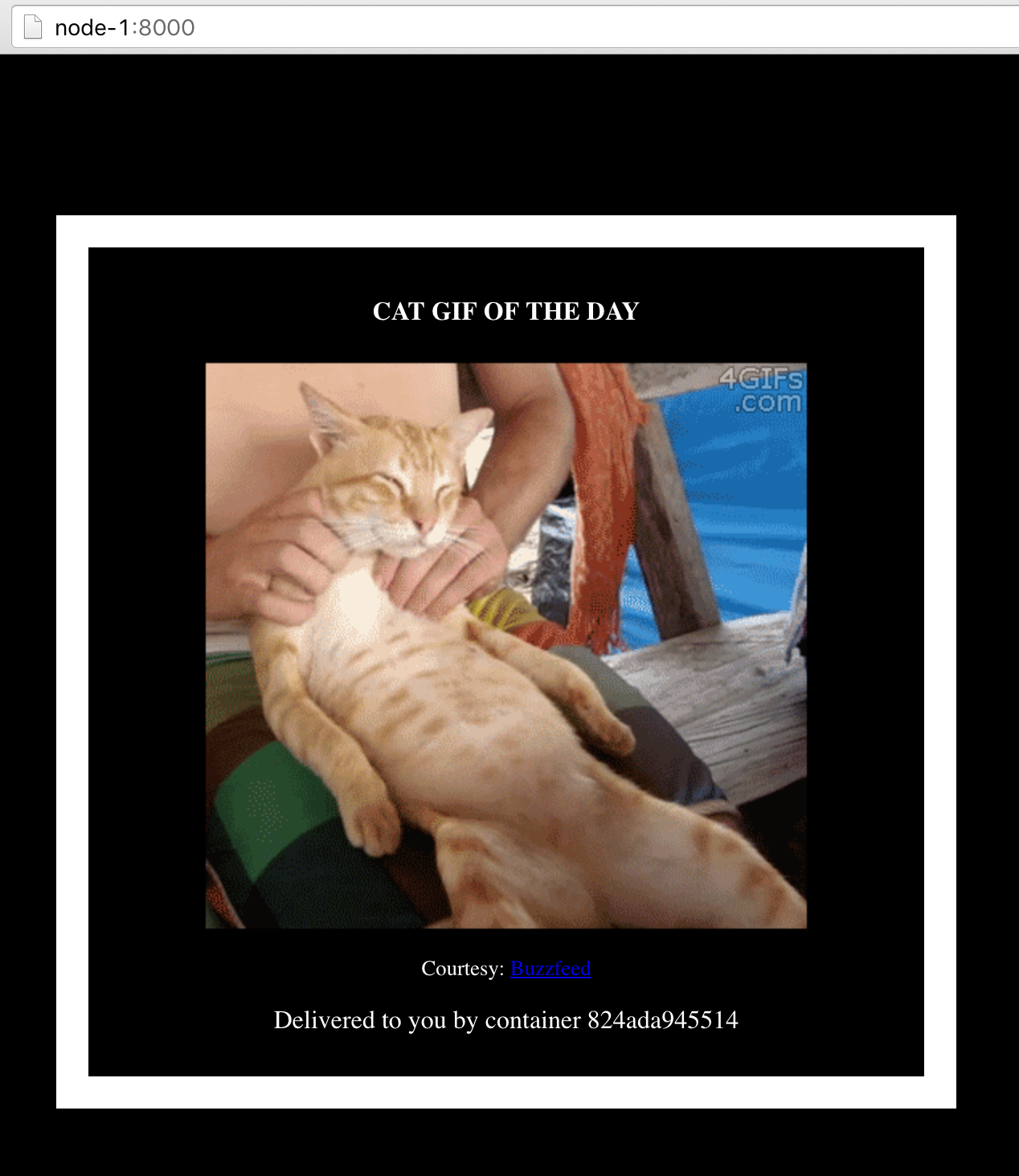 Now, try to view it from http://node-0:8000. Bam! It works too! That's because of the super awesome routing mesh that's built into the swarm cluster. You'll notice that the container ID on the page stays the same. 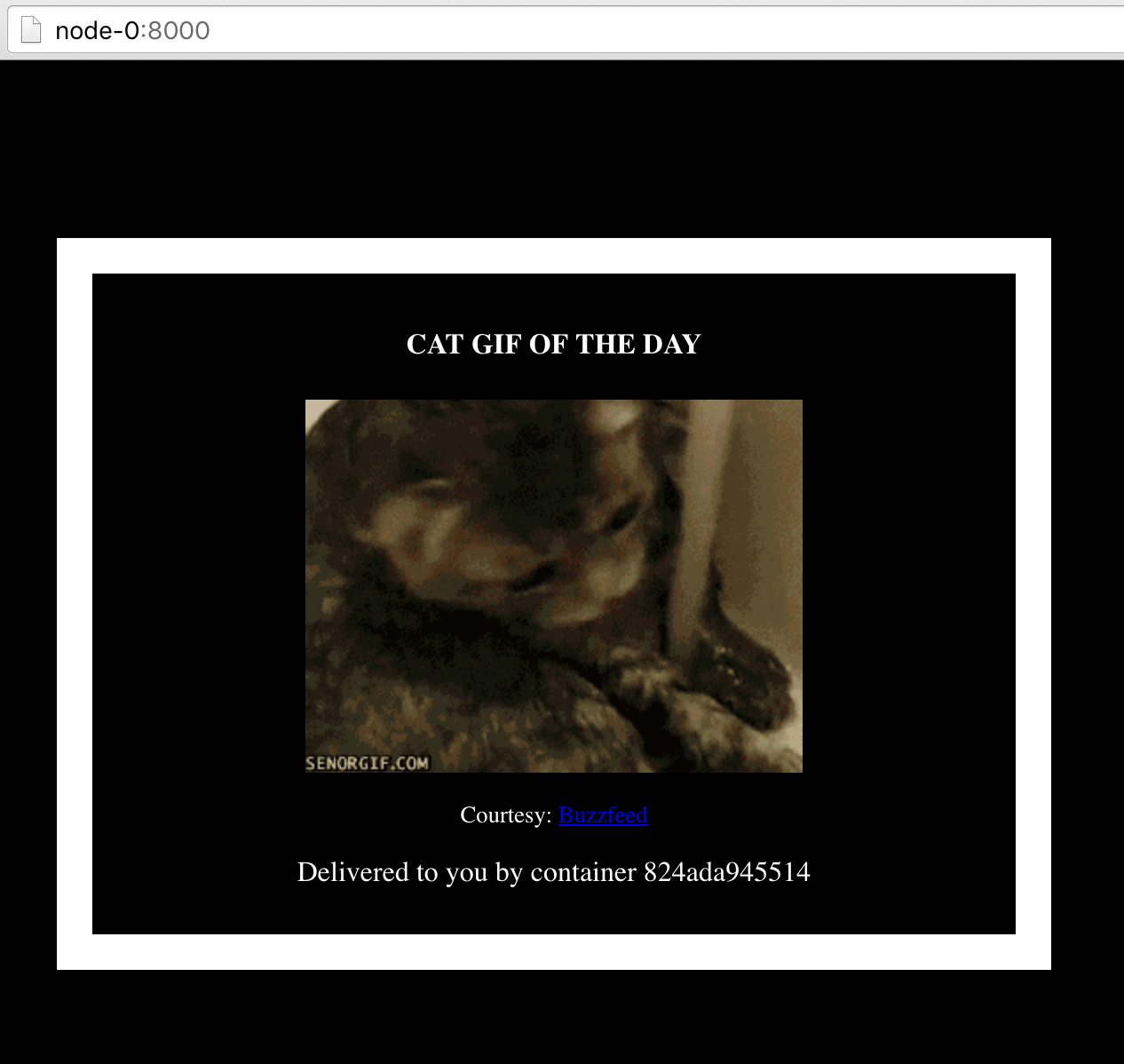 Scale up the service

Our cat is starting to get traffic. Let's scale it up now.

And with that, two more containers will be spun up. To validate, let's check the tasks…

Now, if you open http://node-0:8000 and refresh, you'll see the container ID cycle through the running containers! Built in load balancing and scaling up (and down too).

And with that, we're done! I'll cover more topics in an updated post (rolling out updates, healthchecks, etc.). So, stay tuned!