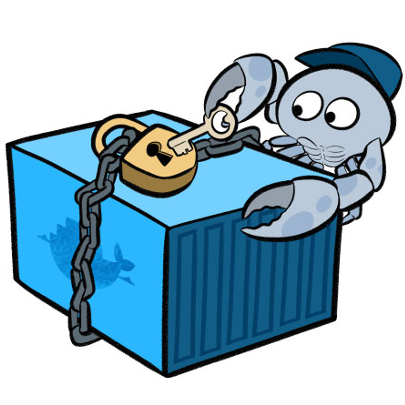 Docker Secrets is an incredibly powerful and useful feature that helps build secure applications. If you haven’t checked out the great talk from Riyaz Faizullabhoy and Diogo Mónica at DockerCon about how they truly put security first in Docker, you really SHOULD stop and watch it now.

Now that you’ve watched that, you know how great secrets are and why you should be using them! They’re awesome! But… how do we get used to using them during development? Here are four ways (according to me anyways) on how to use secrets during development:

There are definitely pros and cons to each method, so let’s dive in and look at each method!

Method One: Run a Swarm

In your local environment, you could simply spin up a Swarm (docker swarm init and then docker stack deploy -c docker-stack.yml app)

I wasn’t aware of this feature until Bret Fisher told me, so it’s quite possible many others don’t know too! As of Docker Compose 1.11 (PR #4368 here), you can specify secrets in your Docker Compose without using Swarm. It basically “fakes” it by bind mounting the secrets to /run/secrets. Cool! Let’s take a look!

Running this with docker-compose up will make the secrets available to the app service at /run/secrets.

The previous method helped us move away from using a full Swarm for local development and has a compose file that looks similar to a stack file that might be used for production. But, to some folks, the additional secrets config scattered througout the compose file litters things up a little bit.

Since Docker secrets are made available to applications as files mounted at /run/secrets, there’s nothing preventing us from doing the mounting ourselves. Using the same project structure from Method 2, our docker-compose.yml would be updated to this:

Now, our docker-compose.yml file is much leaner! But, we still have a bunch of “dummy secret” files that we have to keep in our code repo. Sure, they’re not large, but they do clutter up the repo a little bit.

So, we’ve been able to move away from using a full Swarm, but are still stuck with a collection of dummy secret files. It would be nice to not have those in the code repo. So… I’ve created a “Docker Secrets Simulator” image that “converts” environment variables to secrets. Using this approach, I can define everything within the docker-compose file and no longer need a lot of extra files. I only need to add one more service to my docker-compose file. Here’s what the updated compose file looks like…

The mikesir87/secrets-simulator image converts all environment variables to files in the /run/secrets directory. To make them available to the app service, I simply created a persistent volume and mounted it to both services. You’ll also notice that I mounted the volume as read-only for the app, preventing accidental changes.

Does the compose file need to look like a stack file?

There are definitely arguments for both sides here and is probably worth a post of its own. Personally, I don’t want them to look the same as I deploy apps differently from how I develop them. Few reasons…

While in production, my stack files are…

Since there are enough differences, I don’t feel I need to keep my compose files looking like stack files. They’re just too different. But, it’s just my two cents though… :)

Regardless of the method you use, if you’re planning to use Swarm in production, it’s good to get in the habit of using Docker Secrets in local development. For me, I want everything to be in one place during development, hence why I made my new mikesir87/secrets-simulator image. But, let me know what you think! If you have other ideas, let me know!