Throughout the last few years, I've been fortunate to do lots of incredible things at Virginia Tech. But, I'll be honest when I say I'm probably most proud of what I'll be talking about in this post. Humbly, it's pretty slick!

I've written about our QA setup before, but we've continued to evolve it over the years. About six months ago, we started to run into scaling problems, as we were running everything locally on a big single-node Swarm cluster. It worked great, but as we scaled up our team, we needed more and more concurrent stacks. We could have added nodes to our cluster, but we also wanted to move to the cloud.

Rather than lifting and shifting, we really wanted to figure out how to do it cloud-first. How can we leverage various AWS services? What new things can we learn? How do we manage our "infrastructure as code?" In addition, we had the following goals:

As I presented what we've done to others, I realized the best way to convey the environment was through a story. So, enjoy the slider/carousel below!

In case you're wondering what the full state machine looks like, here you go! In each state's box, it contains the tasks that are needed in order to advance to the next state. Click on it for a larger version. 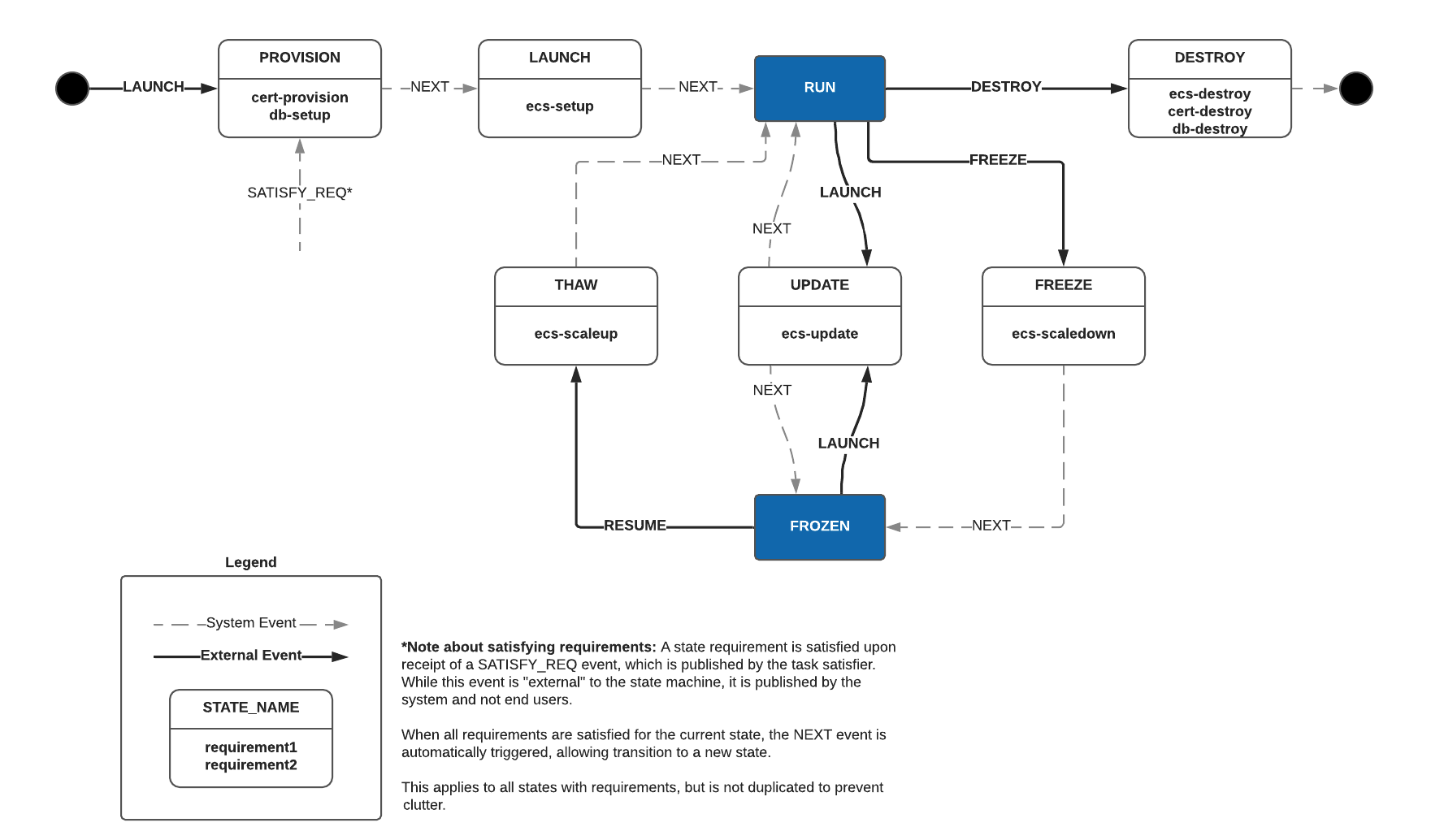 When we first deployed the new environment back in December, we were actually spinning up an EC2 machine for each and every stack. It worked quite well, but in January, Fargate dropped their prices quite significantly. That made it a no-brainer to switch to Fargate. While no longer needing to manage infrastructure, it has significantly reduced the time to initially launch and resume a stack.

We learned quite a few things, as this was our first endeavour leveraging this many AWS services and being this elastic and responsive. Here are a few items, in no particular order…

What's it cost? Was it worth it?

Overall, our QA environment has run at just over $100/month. Not bad for a team of six developers who range between 10-15 feature branches concurrently.

We didn't have a cost for what it took to run our QA environment on-prem, but we were frequently spending half a day trying to get the machine back under control due to over-utilization. Seeing that we've yet to spend any significant time in three months of operation in AWS, it's already been worth the effort in time saved.

We learned even more about how to manage state machines in the cloud using Lambda functions. But, that deserves a blog post of its own. So, be on the lookout for that!